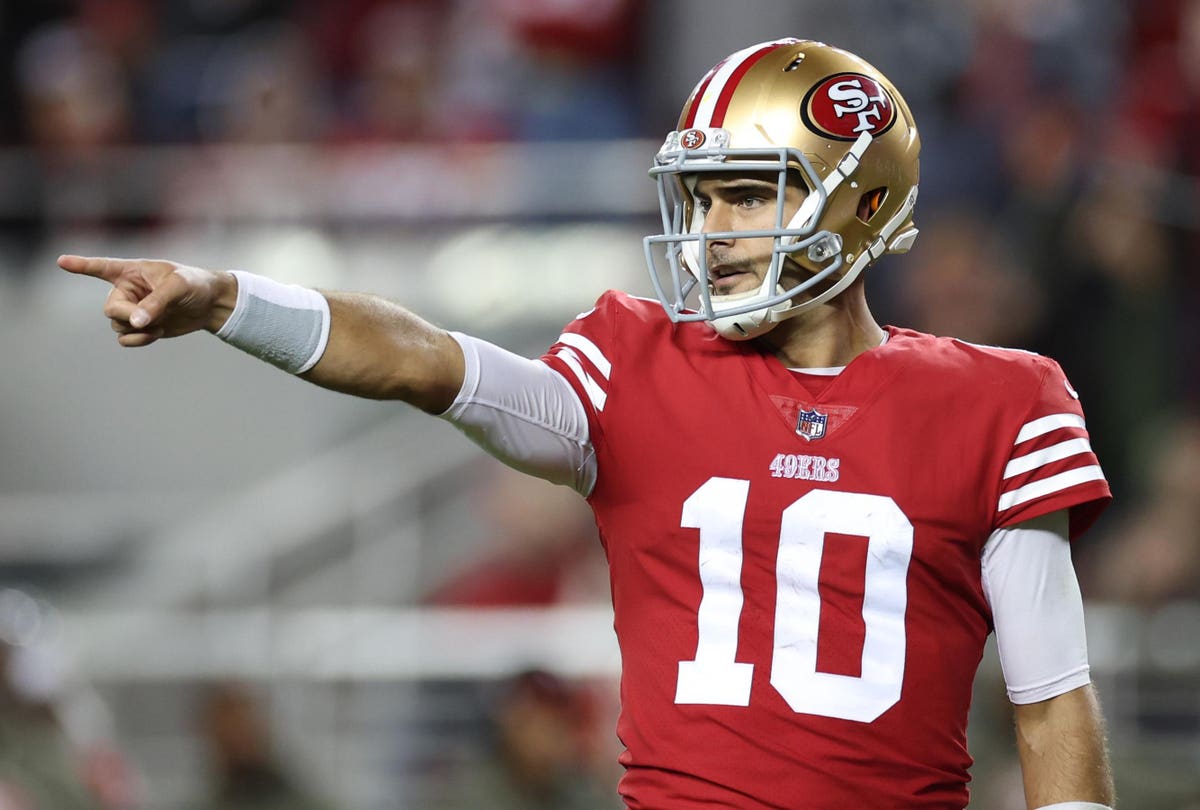 The NFL heads south of the border for a high-altitude matchup in Mexico City’s Estadio Azteca, where the San Francisco 49ers face off against the injury-ridden Arizona Cardinals.

Early lines had San Francisco listed as the -4.5 point favorites ahead of Week 10’s conclusion, but further injuries to the Cardinals’ offensive unit saw the NFL odds extend as far as -8.5 by Sunday. Late action further pushed the line even higher, with most online betting sites now offering San Francisco as a -10 favorite.

“The spread has gone from Niners -8 to -10 in the last 24 hours, despite nearly 70% of the handle being on Arizona,” shared Adam Burns, sportsbook Manager of BetOnline.ag. “That translates to the smart money backing the favorite.”

The game’s betting total has dropped slightly from its opening number of 44 to 43 as of Monday afternoon.

The Cardinals are fresh off of a Week 10 win over the Rams where backup QB Colt McCoy led his team to the 27-17 victory as -3.5 dogs. McCoy tossed for a single touchdown in the outing, and while the veteran managed to get the job done, the line movement confirms that bettors are not convinced that he will find the same success against a more formidable opponent.

The Cardinals also see star receiver DeAndre Hopkins on the injury list as well, and while reports suggest that he will suit up tonight, a lingering hamstring injury could impact his productivity.

Fellow wideout Marquise Brown has already been ruled out for tonight’s action, meaning that the 36 year-old McCoy will have his work cut out for him if he hopes to find any downfield success.

San Francisco boasts an impressive unit that currently ranks 5th in EPA allowed per play, and their ability to pressure the quarterback in dropback situations sees their pass rush rank 5th as well. With 29 recorded sacks through ten weeks, McCoy will have to act quickly to ge tthe ball out of his hands in passing situations.

“This is a big number to cover in a very important divisional game,” added Burns. “The 49ers are vastly superior to Arizona in just about every phase, and the Cards will be without their starting quarterback. However, Colt McCoy is a league vet and honestly, isn’t that much of a dropoff from Kyler Murray. That said, Murray’s mobility will be missed against a ferocious San Fran front seven. It will likely come down to limiting turnovers for the home squad.”

This turnover factor will be key here, as the Cardinals will likely be playing from behind. Any hopes of getting back into anything that resembles a one or two possession game will see a rusty backup looking downfield to a limited target and 3rd and 4th options at best.

Given the 49ers’ impressive pass rush and the team’s ability to generate pressure without needing assistance from the secondary, the Cardinals turnover chances increase significantly.

If the 49ers are not carrying a two score lead into the final part of the game, a late turnover could gift them all that is needed to cover the 10-point line.