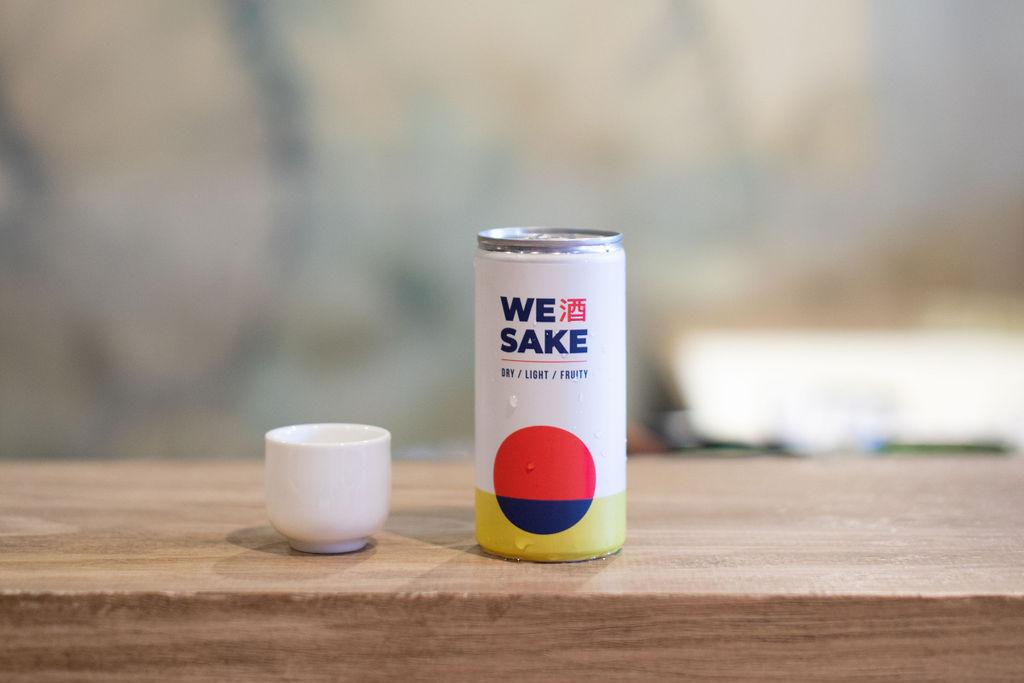 A pair of sake evangelists are aiming to shake up the 2,000 year-old industry. Brooklyn Peltz Beckham has joined emerging sake brand WeSake as a co-founder and partner, in a bid to bring a youthful take to the centuries-old category.

Peltz Beckham, who has over 14.5 million Instagram fans and whose cooking videos garner thousands of likes (an Oct. 25 fish & chips clip has over 177,000 likes, including one from famed chef Nobu Matsuhisa) found the opportunity to join a sake brand too good to pass up. WeSake was founded last year by Pablo Rivera; a meeting over the summer led to Peltz Beckham joining as a partner this year.

“No one has really done [sake] before, especially the way we’re doing it,” Peltz Beckham says. “We want to express that it can be an everyday drink, wherever, whenever and with whoever, with whatever cuisine. When Pablo came to me with the idea, I was obsessed with it.”

“Most of the sake that you find in the U.S. is in a bottle,” Pablo Rivera, WeSake co-founder, says. “The idea of the can brings up the idea that you can take it somewhere. It is in line with our message that sake can be enjoyed anywhere, anytime.”

Sake is made with rice, water and yeast. WeSake is produced in Kobe, Japan, a prestigious region for sake production, and is a premium Junmai Ginjo. The resulting brew is designed to appeal to both newbies and veteran fans of the spirit. WeSake is brewed in Japan but packaged in California, where it is put in brightly colored 200ml cans. It is 13% alcohol by volume.

“It’s very dry,” Peltz Beckham explains. “It’s a little bit fruity, and smooth. It’s best served really, really cold.” He adds that his new favorite sake pairing is a traditional cheese board with WeSake in place of wine. “It goes well with English food, Italian, beef Wellington. Every dish I have now, I just have a can of sake,” he says.

That versatility — the idea that sake can now take the place of a crisp white wine, a chilled beer or even a cocktail — is the guiding message behind WeSake. The founders have found some success in getting the word out to restaurants and venues, such as Hamptons fish shacks to Irish pubs in Manhattan’s Lower East Side, that normally wouldn’t have sake on their menu.

“We’ve been able to get sake into places where it wasn’t before and really push this idea that sake can go with much more than only Japanese food,” Rivera says.

WeSake’s founders hope that their new product will provide an entry point for people to discover the wide range of the category. “There’s a big gap between consumers,” Rivera says. “We think there’s a way to get them into the category by getting them to try an enjoyable beverage, and then if they want to go a little deeper, they can.”