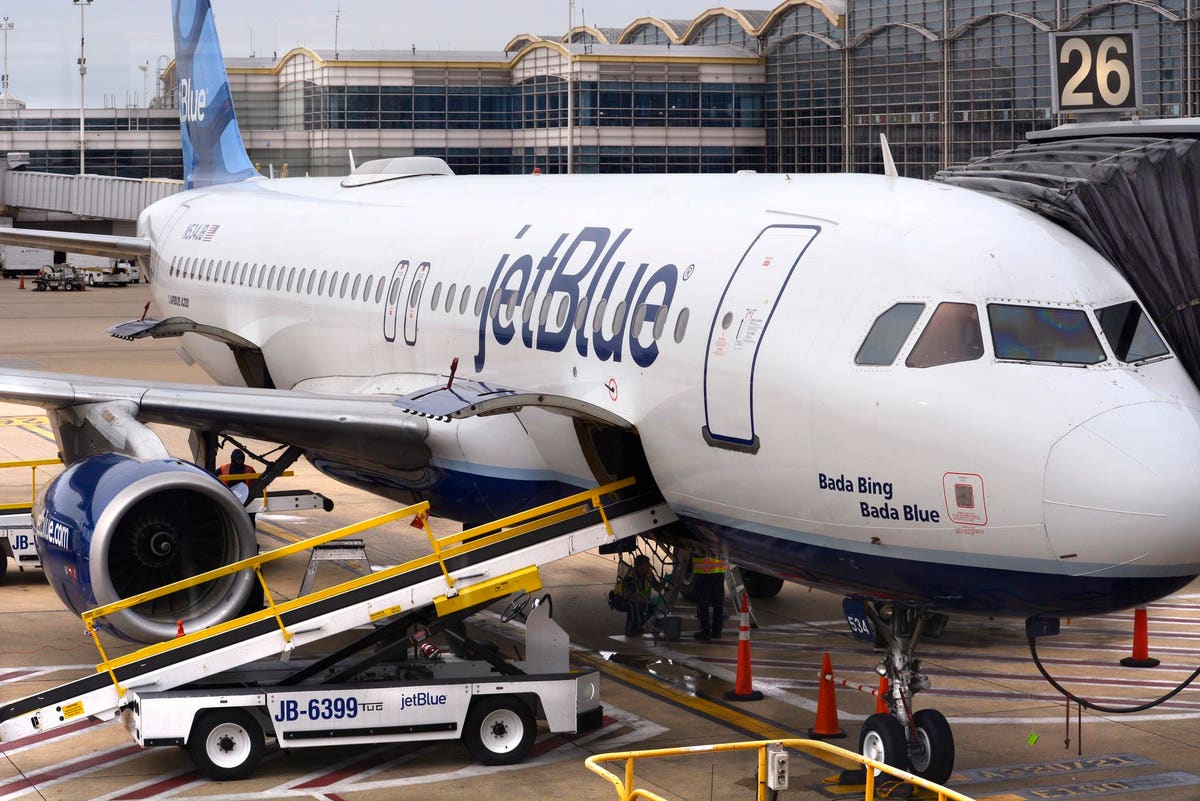 So far, the announced $3.8 billion merger agreement between JetBlue and Spirit Airlines has not set the airline world on fire. The threat of the Department of Justice killing the deal because of competitive issues, along with the disastrous performance of all the airlines (more than 100,000 flights cancelled as of July 16) are leading concerns.

Wall Street seems underwhelmed. JetBlue stock traded around $8.30 a share on August 1 when the deal was announced. It closed out the week at $8.68, near the bottom of its 52-week range of $7.87 to $16.64. To add insult to injury, prominent Wall Street airline industry analyst Helane Becker of Cowen reduced her price target for Jet Blue, from $14 to $10. Bank of America Securities kept a Hold rating on JetBlue witha price target of $10. Analyst consensus was a Hold with an average price target of $8.75, a seven-cent gain from today’s levels. Ouch.

But could factors like JetBlue’s growing international business, its popular premium Mint service, and the potential acquisition of Spirit’s Airbus order book make JetBlue a contender?

The summer, a strong time for travel, is almost over. While domestic leisure air travel has almost returned to pre-pandemic levels, rising fuel and labor costs, a surfeit of cancellations and a pilot shortage, have contributed to the chaos. International travel has not fully returned, and business travel is still down.

In addition to the general industry malaise, JetBlue has its own problems, such as the Department of Justice investigation into a code sharing arrangement with American Airlines. That hearing will be into September, to be followed by a DOJ investigation into whether the Spirit takeover is anti-competitive.

Wall Street’s lack of enthusiasm for the merger is based on doubt on whether the deal will happen. The US Department of Justice has threatened to put the kibosh on it because of concerns that it will limit competition as the merger would take Spirit, an ultra-low-cost carrier, or ULCC, out of the market.

But JetBlue claims the merger would create more competition. The idea is that JetBlue would become the #5 airline in the U.S with about 9% of the market, creating more competition among the top five airlines. JetBlue said the deal would result in annual savings of $600 to $700 million. And with the addition of Spirit, JetBlue could reach 125 destinations, in some 30 countries.

JetBlue announced plans to begin flights to London several years ago. The airline planned to dip its toe in transatlantic traffic with a new fuel-efficient twin-engine, single-aisle jet from Airbus, the A321LR (Long Range.) The range of the A32LR (part of the Airbus A321NEO, or new engine option, line) is 4000 miles putting London and Paris in easy reach of the U.S. East Coast.

For East Coast to London service, JetBlue’s A321LR aircraft have a seating capacity of 114 core (coach) seats plus 24 Mint premium lie-flat private suites. With just 138 seats to fill, it’s much easier for JetBlue to pack an A321 with paying passengers than the 300-seat widebodies operated by competitors.

London to New York flights were launched successfully last fall despite COVID quarantines. Now JetBlue is adding new service from Boston Logan to London’s Heathrow Airport in September, with an additional NY to Gatwick departure starting in October. Between New York and Boston, JetBlue will offer five daily flights between the U.S. and the U.K. by October.

This is still a drop in the proverbial bucket compared to JetBlue’s transatlantic competitors. JetBlue appears to be starting small and building a transatlantic footprint. At the height of COVID, I spoke with Joanna Geraghty, President & COO of JetBlue. In a 2021 interview, she was confident London service would succeed. to London doesn’t work out, we can point [the aircraft] to the US West Coast.”

JetBlue transatlantic service is apparently successful enough to scale up to five flights a day. And not only does Spirit operate a similar fleet of Airbus A321 variants, the Spirit order book, which JetBlue deal, contains orders for 100 more.

The new JetBlue, incorporating Spirit, would have a fleet of 458 aircraft. Including the aircraft Spirit has on order, JetBlue would also have a total order book of more than 300 Airbus A321NEO aircraft. The NEO, or new engine option aircraft, is more fuel-efficient and offer lower-carbon production.

Such features, along with the aircraft’s long range and ability to operate out of many airports, have made the A321NEO family a smash hit. Unfortunately, Airbus has a huge delivery backlog, and deliveries have been slipping due to the ubiquitous ‘supply chain’ issues. The addition of Spirit’s order book will give JetBlue a better chance at getting the planes it needs.

Are these factors enough for the JetBlue merger to work? It’s too early to say. Bu if the airline industry starts to turn around, so will Wall Street’s wait-and-see attitude.