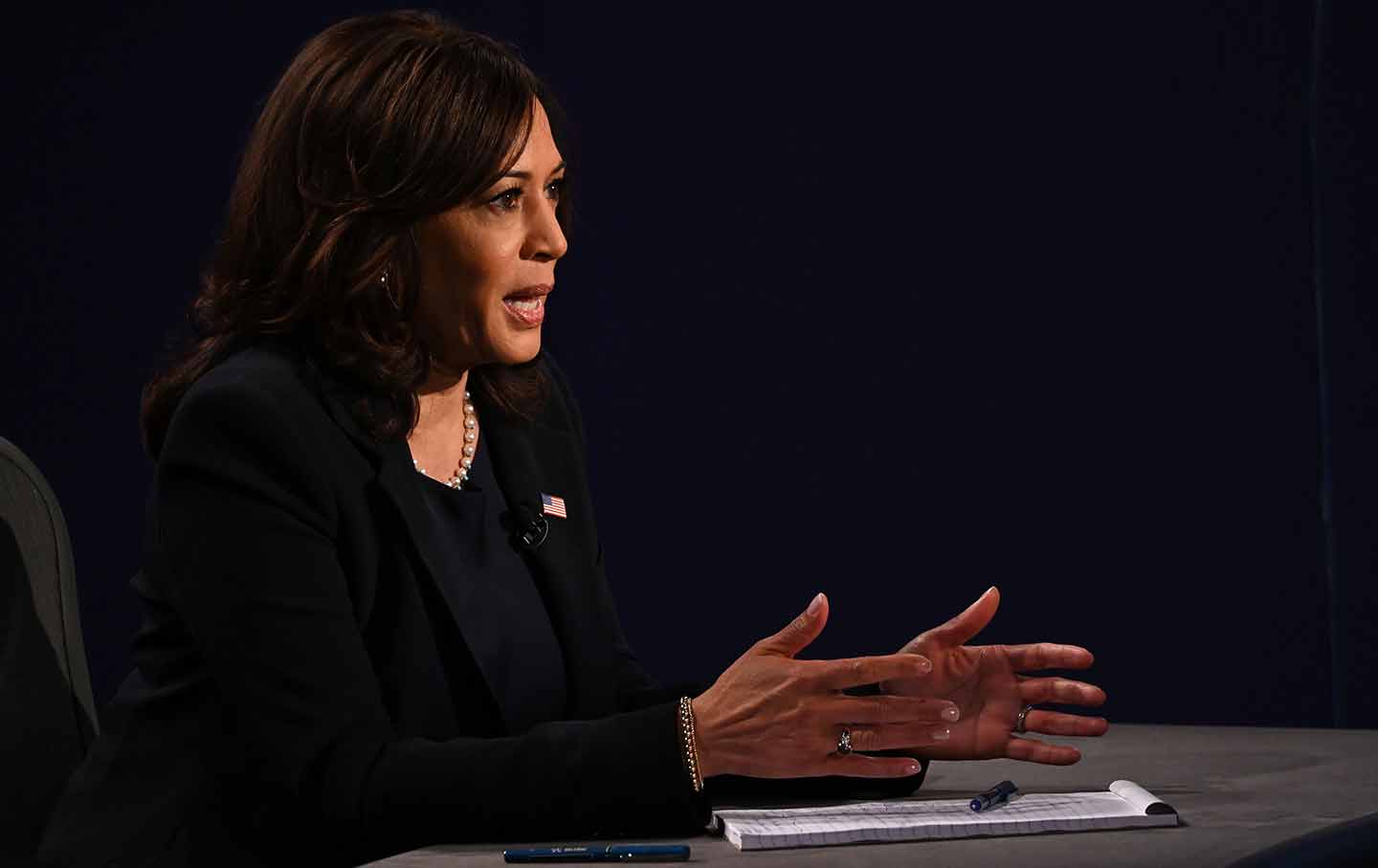 Harris herself had a wonderful mother; she calls her husband “Doug.” Her stepchildren call her “Momala.” On the (almost constant) split-screen, her face crackled with wit, with irritation, with life, while his looked like the sun side of a white barn that hasn’t been painted in too many seasons. Then there was the pink eye. Oh, and did I mention the fly? If you want confirmation that you’re at least metaphorically dead, that might be it.

Am I being mean? I’m sorry; we’ve lost 210,000 Americans. It felt so great to see eyes brimming with ideas, brows frowning with doubt, hair tossed in defiance—and that smile. I don’t want to fetishize that smile—I’m a woman talking about a woman VP—but while Pence was prevaricating, the smile let us know there was hope.

Expectations were impossibly high for Harris Wednesday night. The former prosecutor is witty, fast on her feet, throws memorable punches (even at her own running mate: “That little girl was me”), while Pence is a plodding Christian soldier. I just don’t think anyone expected how thoroughly he would follow Trump down the toilet, and how ably she would stay with Biden, on higher ground.

That was key. Court “packing”? Won’t go there. Let’s be honest—she’s working to bring in Black women and other voters of color. But she couldn’t turn on Biden, back something he doesn’t, or upstage him. Even though when they’re together, she can’t help it—and in most joint appearances and ads, he seems to expect her to. (Meanwhile, the Biden-Harris partnership is a pandemic-perfect buddy film and I hope someone is writing the script. I’m too tired.)

Harris made it all look easy. It was not. Pence might have had a hit of dexamethasone; he was almost as disruptive as Trump last week, interrupting not just Harris but moderator Susan Page. He came out swinging with a crazy argument—that by complaining about the administration’s failures in addressing the coronavirus, Harris was disrespecting those brave Americans (who include my uncle and cousins) who are fighting Covid. I continue to believe the debate moderators should be able to cut the mics of candidates who talk too long. I noticed Harris asked for permission pretty much every time she went over her time, or replied to Pence, and it broke my heart. But it was necessary, and it worked.

We all know what I’m saying here. She couldn’t be the angry black woman. Failed Fox/NBC payday gatherer Megyn Kelly warned Harris, subtly, on Twitter: “Take it like a woman. Don’t make faces.” I felt like I was watching a Netflix reboot about a wealthy white boarding school girl hazing someone… a little different. Harris needed to show us she could beat Pence—and stay smiling. She did that and more.

Four long years after the Access Hollywood tape, I think I finally saw our first female president, who also happens to be of Black and East Asian Indian descent. If there’s a better answer to Trumpism, I can’t right now think of what it might be.