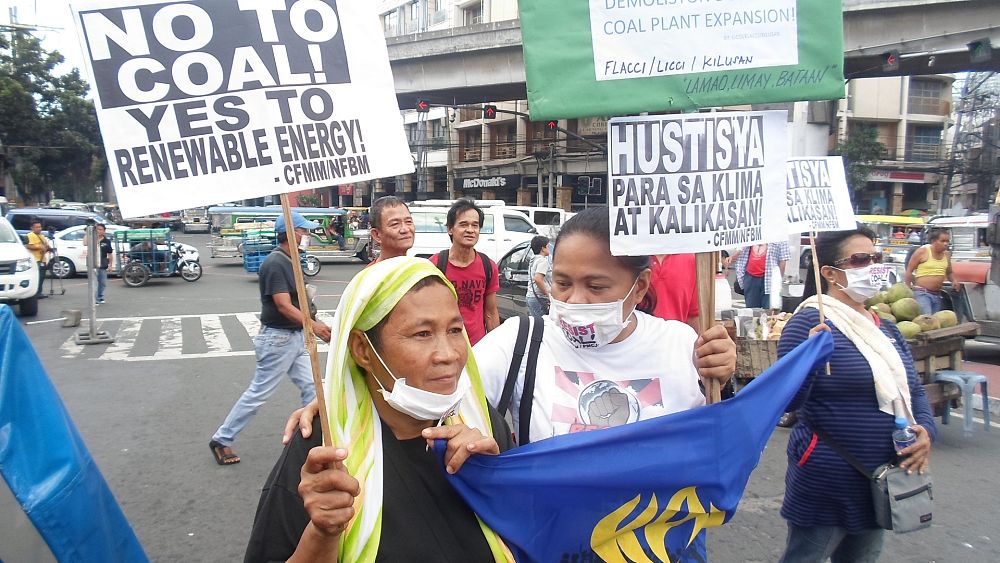 Gloria Capitan lay slumped in a plastic chair, blood dripping down her front. Three bullets had just pierced her neck and jawline, fired by two unidentified men who sped off on a motorcycle. Capitan, a grandmother to 18 children, was the leader of the Coal-Free Bataan Movement in the Philippines.

She was killed for her environmental activism.

Capitan’s assassination is detailed in a recent report, which finds that female environmental defenders, despite their varied experiences racially and economically, are universally threatened because of their gender.

Dalena Tran, author of the Gendered Geographies of Violence report, explains the link between patriarchal violence and environmental activism. “Corporations in the pursuit of profit are not taking into account people’s lives, whether that’s in the United States, or South Africa. This is exacerbated in countries where this is a gender division of labour.”

Big businesses “don’t have to pay for people’s suffering because women take care of things that should be provided, like public services, gaps in education or waste management,” she says.

“Corporations are shifting the burden and women take the brunt of that.”

Tran’s report uses data collected from the Environmental Justice Atlas to catalogue the assassination of 35 women environmental defenders. With over 3,300 reported cases, this world map is peppered with an alarming number of multicoloured dots.

Each glowing fleck represents an area of environmental conflict. Few places are left untouched, but there is a particular concentration in Southern Europe, Latin America and South Asia.

Bataan, an area off the coast of the Northern Philippines is populated by glorious palms that sit on a dramatic rocky terrain.

A two and a half-hour car journey from the capital Manila, the province is a hot spot for ecotourism. Bataan is also the battleground where Gloria Capitan lost her life, campaigning for greater regulation on the open coal stockpile 200 metres from her karaoke bar.

And targeted killing creates fear. “The children were getting sick. Her grandchildren had asthma and recurrent respiratory infections.” Derek Cabe, Capitan’s friend, has compiled a set of images that detail the grisly rashes sustained by neighbours who live closer to the stockpile.

The Coal-Free Bataan Movement suspects the coal ash is the source of the circular eruptions that seem to be eroding the children’s skin.

Cabe smiles as she discusses her friend. “When she died, it felt like I lost my arm.”

When Gloria first became interested in the health impact of coal dust, she was not aware of climate change. She soon conducted her own research, became invested in the environmental movement and started writing petitions.

Cabe and others joined Capitan in complaining to the Environment Agency. Slowly, warnings trickled in from other organisations. “You have to be very careful because the enemy is very big. You are fighting against a giant.”

Capitan continued her efforts in an act of defiance. “She doesn’t think people intend to hurt her or her family because of what she’s doing.”

Gloria was killed in 2016. Her death had a chilling impact on the community. “She was the most reliable defender. The enemy knew that – that’s why she was the target. They killed her and everybody feared for their lives.”

The movement has struggled to win back the trust of their neighbours and Derek says women are dismissed as ‘talkative’ in this somewhat unequal community; girl’s jobs in fishing and online selling often supplement the men’s income.

But she is keen to sustain opposition to the expansion of the nearby coal-fired power plant, having joined a group of 5,000 coalition grassroots campaigners throughout the Philippines. Over 60 per cent of their members are women. “If we stop campaigning, who else will do it?”

A history of patriarchal domination

Academic Dalena Tran recognises these women’s feelings of responsibility. “There’s a long history of the burden being shifted to women that is seen as normal. I wonder if it just comes with the nature of domination.”

Nancy Unger, an environmental feminist historian, also believes some explanation could be found in patriarchal societies of the past.

“I don’t think by virtue of having ovaries that women are inherently more environmental than men,” Unger ponders from her home office in the US. “But historically women are the ones drawing the water. They feel the environment on a visceral level.”

Unger suggests that underrepresented women throughout history have used their knowledge of the land as a weapon. Enslaved women in Southern cotton production states had first-hand experience of soil exhaustion. When slavery eventually ended, women bought their own land.

They utilised their understanding of crop fertilisation.

“There is great power in understanding the land. This is an underappreciated form of resistance that slaves carried out quite successfully.”

In the 18th Century, environmentalism was seen as feminine. The celebrated American environmentalist John Muir was humiliated for his efforts in a cartoon. It was women’s work.

“He is shown wearing a dress and apron, sweeping away floodwaters.” Unger’s voice brightens with passion. “Someone revered as a great environmentalist was ridiculed!”

Murders swept under the rug

Unger agrees with Tran, that gender is constructed by culture, but she also has great respect for women who use their lived experience of the patriarchy to challenge the status quo.

“Those conventional ideas about women being the nurturing ones, this is a real threat to people who really want things to be based on the high value of profit.”

Tran takes aim at corporations and hopes that her research will raise awareness of the heightened risk of harm to women environmental defenders. “A lot of corporations and governments don’t want us to know these things, these really gruesome murders that are happening all around us. That’s why reports like this are shocking; this is everyday stuff that is swept under the rug.”

She clutches her hands to her chest, almost in prayer. Perhaps she is thinking of those, like Gloria Capitan, who lost their lives. “The best outcome is that one less woman dies because people heard her story. If we can give more positive attention to these defenders, it’s going to be harder for them to just disappear anonymously.”