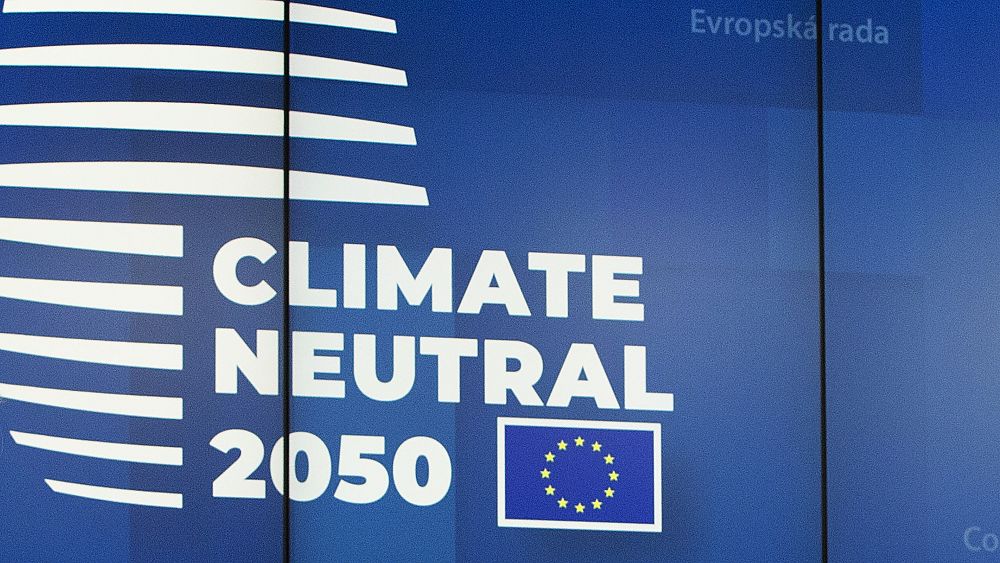 The European Union is the world leader in green policies but resistance from member states threaten its goal to become carbon neutral by 2050 and the commitment to keep temperatures below 2°C above pre-industrial levels, a Green MEP told Euronews.

MEPs urged the bloc in a vote earlier this month to reduce greenhouse gas emission by 60 per cent by 2030 compared to 1990 levels — a more ambitious target than the one unveiled previously by the Commission.

“Our strategy here in the parliament was clearly to get a majority for 60 per cent well knowing that the chances that this number remains are not too high,” Thomas Waitz, MEP and chair of the European Green Party, told Euronews.

“But, one of the reasons we were able to pull many members from the conservatives and social democrats to our side to vote on 60 per cent is the argument that we need to back the Commission with their 55 per cent proposal,” he added.

‘A lot of resistance’

For the MEP, the EU’s reduced green targets are often to blame on members states with the European Commission and European Parliament now more-or-less on the same page when it comes to green policies.

The Commission unveiled its Green Deal late last year, which plans to turn the EU into the world’s first region to reach carbon-neutrality by 2050, by unlocking at least €1 trillion over the next ten years.

Brussels’ post-COVID-19 recovery stimulus also planned for at least a third of the €750 billion of the package to go towards making member states’ economies more environmentally-friendly.

“My impression of the Commission and the work of the Commission is that they have understood the message of the citizens, and they are also listening to science. That’s why they have proposed a climate law, the Green Deal, the Farm to Fork strategy. All these things point in the right direction,” he said.

“But there is a lot of resistance coming from several member states that are basically defending the short term interest of their industries,” he added.

Still, he added, “the EU leads the green developments globally”.

Prior to the vote on greenhouse gas emissions, lobby groups had urged MEPs not to back such a high target, demanding instead they favour a reduction below 50 per cent, Waitz claimed.

Poland and Hungary have also come out against it, threatening to veto other EU policies that require unanimity at the European Council level, including the next EU budget, known as the Multiannual Financial Framework, or other climate goals.

According to the Green MEP, anything below 55 per cent would see the world “heading straight towards 2°C warming”.

“There’s a lot of uncertainty but it’s clear we’re not going to meet 1.5°C or well below 2°C as the climate treaty from Paris says.”

Climate Action Network Europe, a global network of hundreds of environmental NGOs, has meanwhile said that the EU would need to cut emissions by 65 per cent by 2030 to keep in line with the Paris Agreement.

The Austrian MEP denounced conservative parties in the EU parliament and in governments across the bloc for “talking the talk” but “not walking the walk”.

Green policies have become key to election campaigning. A 2019 survey for the Commission found for instance that more than nine in ten Europeans see climate change as a “serious problem” and agree that greenhouse gas emission should be reduced to a minimum.

Green parties have made considerable gains in recent elections across the 27-country club, including in EU parliamentary elections and in France’s most recent municipal plebiscite.

Green formations are now the junior partner in several coalition governments such as in Austria, Germany, and Ireland.

“Conservatives, here in the (EU) parliament, if you hear their speeches, you think, ‘OK, they have understood the message, finally.’ If you then see the amendments, the proposals they put, then you’ll miss the ambition,” he argued.

“That also relates to the member states. Most of our member states are governed by conservative governments (…) They are pretty good at announcing but when it comes to concrete policies, it’s very tough work and you have to fight for every millimetre, for every fund, for every subsidy,” he said.