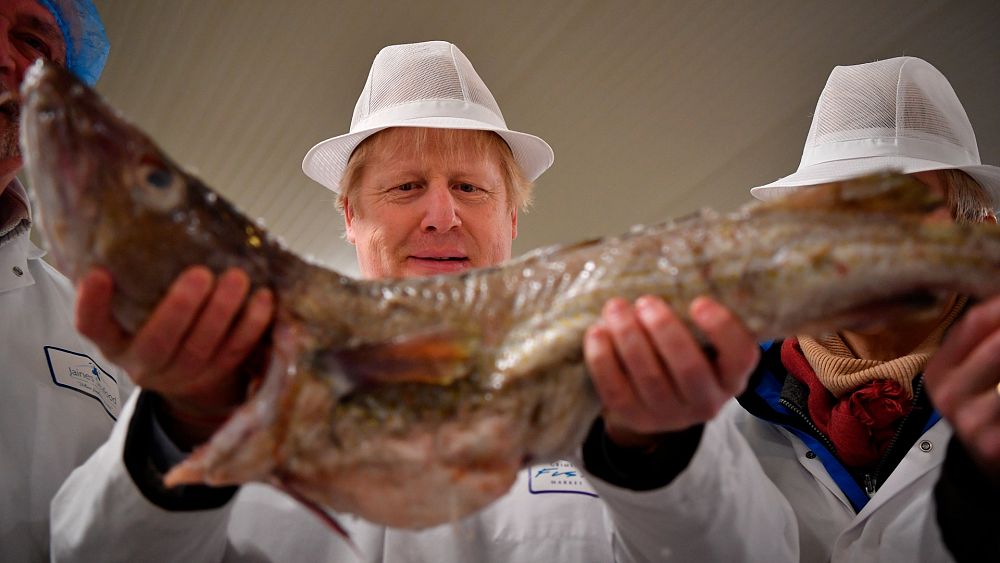 Our door remains open, no our door is open.

Welcome to diplomacy in 2020; both sides in the Brexit drama have essentially ended up shouting at each other across the English Channel about how much they want a deal – but “not at any price” for the EU and “no deal is better than a bad deal” for the British.

We’ve all been clinging on to the Brexit carousel for dear life over the past four years. Issues have come and gone, including the financial bill, the Irish border, citizens rights. Now, the merry-go-round has come to a grinding halt due to fishing rights, and you might, understandably, ask yourself: “Why?”

On the surface, fishing really isn’t very important to either side. It is only a tiny fraction of the overall economies in the UK, where it makes up less than 0.1%, and in the EU, where it employs 180,000 people, compared with the car industry that directly keeps 6.5 million in work.

Some landlocked countries have no fishing fleets – any changes in fishing rights will be water off the backs of Austria or Luxembourg’s economies. On the other hand, French President Emmanuel Macron claims fishing is “as an essential economic interest for our country that must be defended.”

To keep you informed and up-to-date with the latest developments on key issues, Euronews is launching The Briefing, a weekly political newsletter. If you would like to receive The Briefing, please sign up here:

Access to British waters is at stake here. Waters that are rich with what Europeans enjoy on their dinner plates: herring, mackerel, sole and shellfish, such as langoustine. Despite Britain’s sizable fleet of 6,000 boats and 12,000 fishermen, EU trawlers annually land more than 700,000 tonnes of fish caught in British waters.

They can do this because the UK is still bound by EU rules, including its Common Fisheries Policy, until the end of this year, which means boats from the bloc can access British waters except for the first 12 nautical miles (22km) stretching out from the coast. They can’t, however, catch whatever they like – that’s decided by yearly quotas.

The question of where fish can be sold is also at play. The EU says the quid pro quo is that UK fish can be sold throughout the single market, with 90% of salmon, mackerel and cod caught in British waters ending up on plates across the continent.

Fishing, however, is more than just a subject of economics – to Eurosceptics in the UK, it is the totemic issue of the Brexit saga. If taking back control means anything, it means controlling not only your country’s borders but its seas too, especially for a nation that once prided itself on its naval prowess.

The dwindling number of fishermen in Britain’s isolated coastal towns could be seen as a relic of historical greatness that many feel the country has lost. While this is also the case across the English Channel in France, Belgium and the Netherlands, fishing communities still hold clout way beyond their economic power. In essence, Macron cannot afford to anger his country’s fishermen.

Like so much of Brexit, history runs deep. The government of Flanders has said in the event of no deal it plans to invoke a 1666 treaty issued by England’s King Charles II that grants 50 fishermen from the Flemish city of Bruges “eternal access” to British waters.

But compromise could be in the air this week; the EU’s Commissioner for the Environment, Oceans and Fishing Virginijus Sinkevičius told me in an interview, as part of the Euronews’ Green Week coverage, that both sides needed to find “a common landing zone” on fisheries.

While the idea may seem far-fetched, fishing could, in theory, sink the entire Brexit trade agreement. Be in no doubt, with or without a deal, the battle over fishing rights will continue to make history for many years to come.

Enjoyed this article? Each Thursday, we’ll bring you a selection of stories from our Brussels bureau and correspondents across the continent, including in-depth insights and expert analyses on European politics.

With just one click, The Briefing will take you across the continent to uncover what is happening in Brussels, how national governments are reacting and what kind of impact these decisions have on you.

You can use the box in the top of this article to sign up, or by adding your details here.