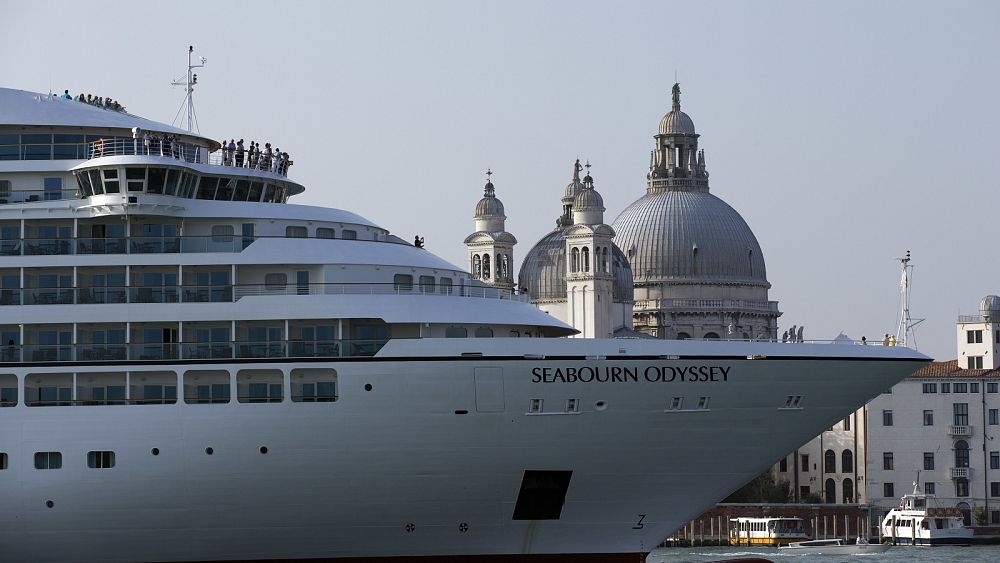 The term ‘overtourism’ has become the go-to expression to describe mass tourism, particularly for places underprepared for influxes of visitors.

Facilitated largely by the advent of budget travel, the world has never been more accessible and affordable to explore. But, in addition to the obvious financial considerations involved, there is a human, environmental and ethical cost to our lifestyle choices – especially when it comes to travel.

What is ‘extractive tourism’?

‘Extractive tourism’ – a term first coined by academic Vijay Kolinjivadi – goes beyond the basic interpretation of overtourism as a congestion caused by travellers flocking to tourism hotspots while balancing out the economic benefits. The new phrase better encompasses the destructive impact of mass tourism on local communities as well.

In recent years, the issue of overtourism has sparked feverish debate in the travel industry itself as well as in wider society. For many, travel has ceased to be seen as a benign activity to be enjoyed by all. The privilege of being able to travel the world freely is increasingly being considered as an entitlement. This view is having a toxic effect on the planet, contributing to the climate crisis and the destruction of ecosystems as well as harming the cultural heritage and livelihoods of indigenous populations, according to Kolinjivadi.

The government in Thailand, for instance, was forced to close Maya Bay indefinitely in 2018 to allow its ecosystem – damaged by years of untrammelled mass tourism – to fully regenerate.

In 2016, Venetians protested in the city’s Giudecca Canal in small fishing boats to block the passage of large cruise ships which have been blamed for unsettling the delicate environmental balance of Venice’s lagoon. Such has been the influx of colossal vessels to the city, each one bringing thousands of tourists a day, that grassroots movements have sprung up in the city initiating innovative schemes to deal with the surplus waste created by the wave of visitors arriving on the island.

Kolinjivadi also contends that travel companies are seeking to capitalise on any interest in a destination, treating it as an untapped resource to be mined and its assets funnelled away with few tangible benefits for those who live there. The net result is that local populations are, for instance, priced out of areas of interest by tourism-induced gentrification or creeping property prices.

On the latter point, there are noted instances where locals are fighting back. In Scotland, for example, the country’s parliament is spearheading a new licensing scheme on short-term lets that could be introduced by 2023 which would particularly affect the historic centre of Edinburgh where property speculators have been blamed for rising rents and property prices.

What can be done to reverse the trend?

While tourism is undoubtedly considered a boon to economic growth in many parts of the world when it is well managed, there are best practices that can be adopted to minimise or even discourage mass tourism, thereby mitigating the worst of its negative aspects.

In many major tourism hotspots, governments and local authorities have been accused of knee-jerk decision-making which hands control of economic levers to multinational companies – including large hotel chains and tour operators – who monopolise land, capital, and resources. The real challenge would be to encourage these businesses to invest in the areas that they serve rather than stripping them of their resources, focusing on yield per visitor rather than the total number of arrivals.

Giving indigenous people the ability to control access to their sites and places of interest and rights to their lands, and thereby preserving their heritage, would ensure such places are not the preserve of tourists alone. Peru has, for example, moved to limit the number of visitors to the crumbling ruins of Machu Pichu in order to preserve it for future generations. Places like Bhutan are exacting taxes and fees from visitors, while cities like Barcelona have moved to prohibit new large-scale developments. Such controls may also go some way to ensuring a better distribution of well-paid jobs and avoiding locals falling into the trap of exploitation.

With the coronavirus pandemic largely reversing the growth of the aviation industry overnight, the environmental benefits of fewer carbon-emitting aircraft in our skies seems like an obvious point. Currently, air travel equates to 2 per cent of global carbon emissions but passenger numbers are expected to double to 8.2 billion a year by 2037, according to the International Air Transport Association (IATA).

Many of these trips will be for leisure rather than what may be deemed as essential; reuniting with family and so on. One action governments could take – as the extent of the climate crisis continues to manifest itself and its evolving effects are beginning to be felt by vulnerable populations – is to look at tightening air passenger duties and taxes to discourage unnecessary flying altogether.