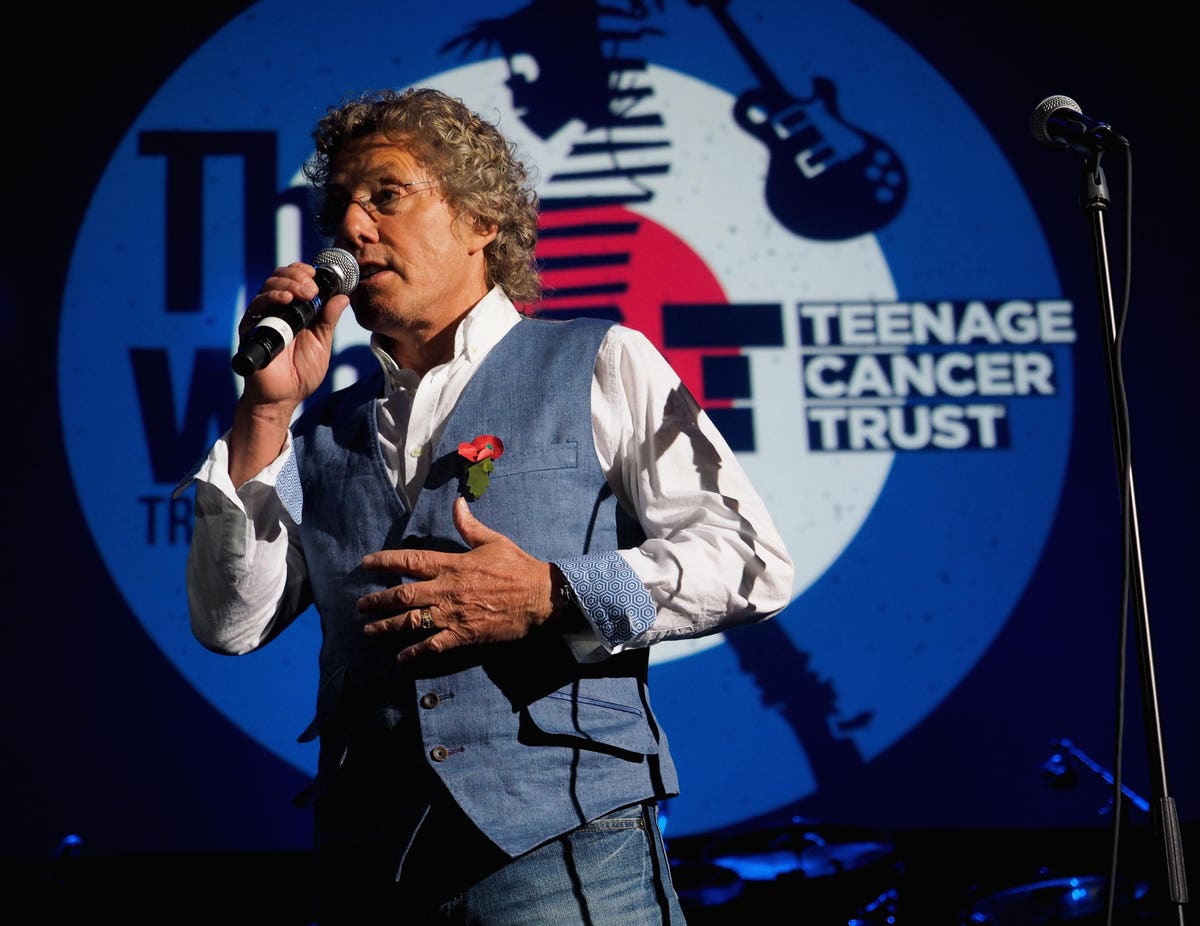 One of the great rock vocalists, Roger Daltrey, turned 78 in March. But that didn’t slow down the Rock And Roll Hall Of Fame crooner. This year, as part of The Who Hits Back tour, he played 28 separate North American shows with his partner in crime, guitarist/songwriter Pete Townshend. He also has continued his long-time charity work with Teen Cancer America. When we Zoomed with Daltrey this past summer, many things The Who were discussed during a slightly abbreviated session (Zoom cut us off after 40 minutes). One topic was what Daltrey wants his epitaph to be. His unassuming, whimsical response: “ ‘Gone.’ In my will, it should say to put me in a paper bag and take me down to the dump.” As to his relationship with Townshend, he was straightforward: “Ours is a working one, and that’s about as far as it goes. But when we get on stage, there’s a chemistry created. When we’re playing well, it starts to kick in properly. It’s still as wonderful as ever. We’ve never had a strong relationship off of the stage, though. It’s as simple as that.” As to how long Daltrey will continue to tour: “The Who is getting near retirement age. I would like to stop when we’re not doing it well. When I can’t sing the notes anymore, sing to where it touches the audience, then it’s time. I will stop even if it’s after this tour. I don’t want the downward slope.”

Shift4 Payments billionaire Jared Isaacman, 39, is sending civilians into orbital space via Elon Musk’s SpaceX, while raising money for St. Jude Children’s Research Hospital at the same time. A year ago, he commanded his first mission, Inspiration4, making astronauts of four regular folks, including himself. This coming year, Isaacman plans to embark upon his Polaris program, three separate orbital science missions. The first, called Dawn, will test a new, less bulky suit on an EVA (spacewalk), then fly out to the Van Allen Belt to measure radiation levels to help determine what shielding Mars travelers and sensitive electronic equipment will require for extended trips in space. Isaacman admits he is a risk-taker, but a calculated one. After a decade as an air show stunt pilot, he quit. “It’s very high risk,” he says bluntly. “It’s an eventuality in that business that you’re going to have a bad day. Risk is related to duration. If you’re flying air shows 20 weekends a year for 10 years, it will catch up with you.”

Actress Kate Walsh, 55, is best known for her role as Addison Montgomery on “Grey’s Anatomy” and “Private Practice.” After she was diagnosed in 2015 with a brain tumor in her frontal lobe the size of a lemon, which luckily turned out to be benign, she changed her outlook on life, as many with near-death experiences do. “Talking about my fears helps alleviate them. You asked a deep question, so I’m going to get into it a bit,” she said via Zoom from Perth, Australia. “I don’t really fear death or aging, but I do fear being left with just my memories. There’s a certain melancholy to that I find really painful. I feel that, even now, like ‘Oh, I’ll never be able to go back to that stage of my life and have this experience.’ Or when I go back to New York and visit, there are the ghosts of life. So basically I work a lot less now, live a lot more and enjoy my family, friends and animals.”

Tony Schumacher, 52, has won eight NHRA National Championships in the Top Fuel division, more than anyone in drag-racing history. He routinely rockets down a 1,000-yard stretch of asphalt in less than four seconds at top speeds exceeding 325 mph in his Scag Power Equipment-sponsored car as part of the Maynard Family Racing Team. He is also son of the great team owner and former drag racer, Don Schumacher. When we caught up with Tony at Indianapolis Raceway Park this fall, he was in a playful mood. After we covered serious NHRA business, I asked him to tell me something he had never told another journalist. His response: “Wow, that’s a really good question. Let me think. I would’ve been terrible at NASCAR.’’ Then, with a glint in his eyes, he said, “I don’t have the attention span. I crashed in turn one at Bristol. Apparently, the turn is the problem. I’m not a turning person, only straight-line.”

In 1960, U.S. Air Force Col. Joe Kittinger, clad in a spacesuit, rode a helium balloon to 102,800 feet above the Earth, then jumped out of his cramped gondola. Kittinger’s body accelerated to more than 600 mph during a four-minute-plus freefall, eventually slowed by friction in the lower atmosphere. At around 18,000 feet, Kittinger’s chute deployed, and he gently floated the rest of the way to the New Mexico desert. Joe’s jump was not a stunt; it proved that fighter pilots and astronauts could eject from extreme altitudes and survive. Kittinger, now 94, lives in Altamonte Springs, Florida, with his wife, Sherry. During a Zoom event for Explorers Club members this past winter, I asked the Vietnam War hero (he spent nearly a year in the infamous Hanoi Hilton being tortured) if he would take a comp’d space ride with Jeff Bezos’ or Sir Richard Branson’s suborbital space companies were one offered to him. His immediate response: “Hell yes!” Jeff, Sir Richard, are you listening?