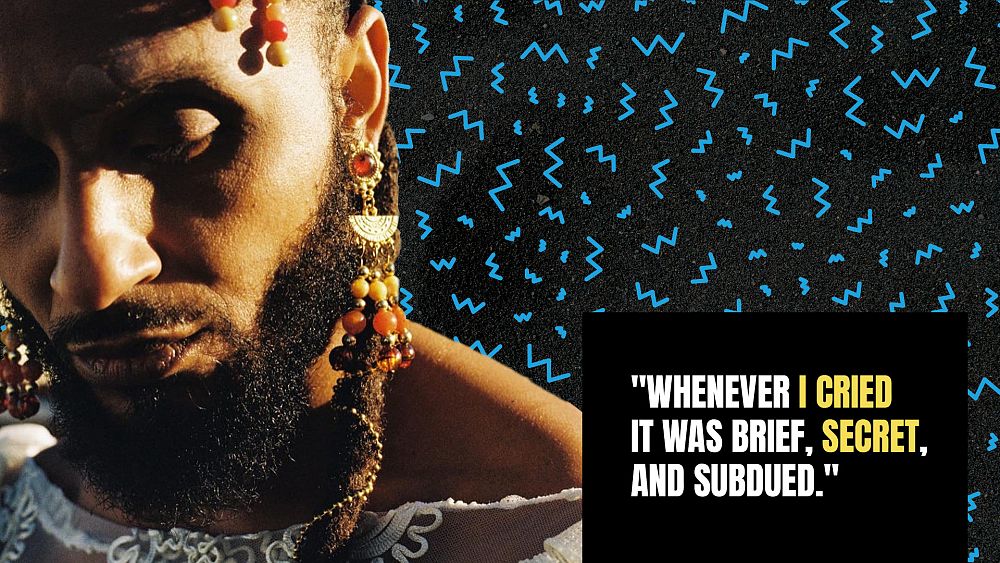 Growing up, I made sure I almost never had to hear the question ‘Why are you crying? Are you a girl?!’ that other boys around me were being asked. I never saw my father or his brothers cry. But I can’t say the same for my mother or other women in my life.

It wasn’t ok for boys to be openly teary-eyed if we were physically or emotionally hurt. Whenever I cried, it was brief, secret, and subdued.

Then there were occasions when boys actually could cry openly. It was when we wanted something. I wildly deduced that this was because crying about emotional or physical injury served as an alarm for possible depletion of limited resources, while crying to get something exposed a wrong which needed immediate correction. But you can ignore my musings.

I was subconsciously jealous that girls were allowed to cry freely in public, especially because the few times when I had cried, I had ended up with a self-comforting, almost euphoric, feeling.

Crying is a way of relieving the body’s pent up energy. It’s also an alarm for the household or larger community so that those concerned, whose hearts melt by your crying, can come to your aid. An example would be babies whose cries can cause even strangers to become concerned, or at the very least, irritated to the point where they would, for instance, “pay someone to make that baby shut up.”

I attended an Anglican all-boys secondary school in Cape Coast, Ghana, which was built by the British colonialists. Here, many of my schoolmates were hospitalised, and nearly lost their lives, as a result of violent lashes from teachers, with canes and other objects. Their refusal to cry out in pain made the teachers angrier, and drove them to strike even harder.

It is as if tears are the colourless blood of our dignity. Maybe also a reaction designed for the sadists who, our African ancestors figured, derived pleasure from seeing us suffer. Complex stuff.

No one saw me cry violently. It was only briefly, when my grandmothers, my Romanian grandfather, and my aunty passed. I also cried alone from time to time for a family member who was helpless, and deteriorating health. And I cried when my mother asked my first love to break up with me (they both saw/heard me, but I was too crushed to care).

A few days ago, I cried no less than ten times while watching the film Mulan. The film Coco also made me cry. I think it’s because I strongly identify with people who find themselves and are accepted by their community for who they are, while making their family and community proud and hopeful.

I would have tried out for Hollywood if I could cry on demand. I always thought that that had to be the hardest part of acting because my upbringing had made it so difficult to cry in front of people, even in real life.

It took me a while to get here, but now I proudly cry to the point of savouring it. I have realised that patriarchy is an invisible trap that constrains us, so I try to free myself from its snares bit by bit, day by day.

Emmanuel Owusu Bonsu aka Wanlov the Kubolor is a Romanian born/Ghanaian raised singer/songwriter, filmmaker and cultural icon. Kubolor produces talents that have positive social messages because he is an advocate for human rights and a sustainable environment. He is also a strong advocate in Ghana for Human Rights and is outspoken on environmental protection & corruption. Kubolor is known for his humour, bravery, and unorthodox views on varying topics.

Opinions expressed in View articles are solely those of the authors.

Are you a recognized expert in your field working in Africa? Are you of African descent? Would you like to share a personal story that challenges traditional views on masculinity? Email us at CryLikeBoy@euronews.com