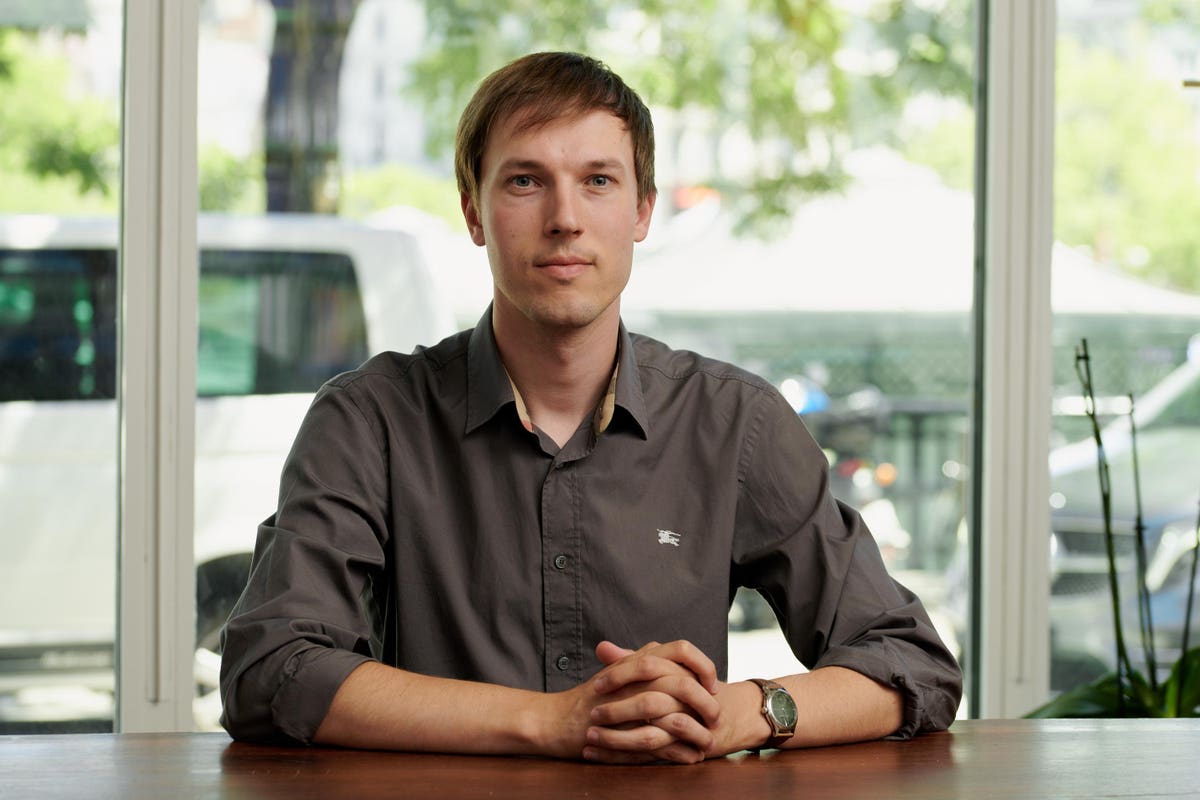 Zurich-based Ineichen Auctioneers is closing out 2022 by offering timepieces that embody the essence of Haute Horlogerie in association with ARTLE. What’s more, the heritage house is staging an auction of prized watches featuring date and calendar complications on December 3, 2022 at 2 pm CET.

Culminating Ineichen’s 2022 schedule, the December 3 auction is the second half of a special sale that began with Ineichen’s October offering of timepieces featuring tourbillons and skeletonizations. (Skeletonized case backs and dials allow the wearer and others to view the kinetic ballet of a watch’s inner workings without opening the case and exposing the movement to the elements.) This writer caught up with Artemy Lechbinsky to discuss how the house has grown in 2022 and to discuss the December 3 auction’s offerings.

F.P.Journe is important to collectors as it’s one of the few watchmakers to have created a wristwatch featuring a fresh interpretation of a classic chronograph complication. The Octa Chrono 33/99-02C completed the Swiss watch brand’s production of watches with movements traditionally made from brass with galvanic coatings. In this timepiece, Journe used a 40mm case for the first time, incorporating a thin, self-winding caliber 1300, main plate and bridges in brass with dark grey ruthenium coating, gilt engravings, a rotor in 22k rose gold with a grain d’orge guilloché pattern and a power reserve of up to 160 hours.

According to Lechbinsky, “French watchmaker François-Paul Journe’s creations unite a mastery of the golden age of horological science with contemporary watchmaking savoir-faire.” Drawing on Journe’s skill in restoring one-of-a-kind historical pieces, every new watch bearing his motto, “Invenit et Fecit” (Latin for “Invented and Made”), features an original movement with all components manufactured to Journe’s specifications. The Octa Chrono 33/99-02C is also notable for having been launched with the Ruthénium Collection between 2001 and 2003, which was Journe’s first limited edition collection.

Sure to intrigue committed collectors and watch geeks alike is the ingeniously complicated De Bethune Perpetual Calendar, DB15 Ref.DB15WT. Founded in 2002 by Italian vintage watch dealer David Zanetta and French watchmaker Denis Flageollet, the Swiss brand produced only 45 of this reference in 2004. While it perfectly embodies the uniquely poetic style and substance of the brand, its most notable innovation is the astronomical moon phase indicator, accurate to one lunar day every 122 years, with a lunar sphere made of platinum and blued steel that rotates around its axis. This complication is complemented by a traditional perpetual calendar with a “hidden” leap year indicator. (This works deep inside the largest star of the decorative sub-dial of the moon phase indicator at 12 o’clock; directly below the spherical moon.) Caliber DB2004 of the present reference features a three-spoke titanium balance with platinum ogival-shaped weights and self-compensating free-sprung hairspring with a flat end curve, both patented by De Bethune. The balance is set under a long, elastic steel tourbillon-like bridge: this is the precursor of the intrepid triple “pare-choc” shock absorption system that Flageollet later developed. This De Bethune timepiece is estimated to go for between 70,000 to 80,000 Swiss francs. The fixed price for this watch is 150, 000 Swiss francs.

As for the Daniel Roth Masters Calendar, this lot offers a heady mix of complications, a finely elaborated dial design, plus haute horlogerie movement finishings and rarity. It is housed within a double ellipse-shaped case of 18-karat white gold, measuring 35mm x 38mm and 9.8mm thick. Seldom seen on the secondary market, this Swiss watch’s available references seem to cease at serial number 39. The model belongs to a series of semi-instantaneous perpetual calendars powered by the self-winding caliber DR114. Operating his eponymous brand between 1989 and 2010, Roth developed a late-20th century Breguet-influenced style with a double ellipse-shaped Ellipsocurvex case design, ruthenium-plated guilloché dials, and blued steel arrow hands. Before he went out on his own, Roth worked as head watchmaker at Breguet for 15 years, where he developed much-admired watches, including tourbillon, chronograph and perpetual calendar pieces, along with the famed Ref. 3130, which was inspired by Breguet’s legendary 1794 pocket watch No. 5. “The Daniel Roth Masters Calendar is estimated to attain a price at auction ranging anywhere from between 20,000 to 25,000 Swiss francs,” Lechbinsky said. The fixed price for this watch is 40,000 Swiss francs.

When it comes to platinum complicated watches, the Jaeger-LeCoultre Reverso Grande Date Septantième Ref.240.6.90 is of special interest. This timepiece was part of a limited collection launched by Jaeger Le Coultre to commemorate the 70th anniversary of the Reverso in 2002. Limited to 500 pieces, the watch tracks hours and minutes. Almost all of these timepieces are equipped with complicated calibers, often offering a unique set of complications, such as the present reference. While this was the first Reverso to be powered by an 8-day caliber and to use white gold for producing the caliber’s main plate and bridges, it was also the first to have a large Reverso XGT-sized case in platinum plus a large date indicator. This model is perhaps the only one with a caliber that uses a swan neck index regulator. Caliber 879 was designed solely for two Reverso Septantième limited editions; it is used nowhere else. Estimates for this span between 15,00 and 20,00 Swiss francs. The fixed price for this watch is 40, 000 Swiss francs.

Created by Svend Andersen, a founding father of the Academy of Independent Watchmakers (Académie Horlogère des Créateurs Indépendant, AHCI) the Andersen Genève Chronometre Perpetual no. 27 WG represents one of the watchmaker’s extraordinary developments for the perpetual calendar, which is double-sided in this instance. Andersen excelled at formulating advanced watches that were as technically brilliant as they were elegantly restrained in design. His method was based on counterbalancing minimalist design with the apparent complexity of the perpetual calendar mechanism that registers only a single date display on the dial.

Andersen worked for nine years in the Atelier des Complications of Patek Philippe. By restoring and adjusting the antique movements in this lot, Andersen showcased all his mastery of complicated mechanical watches. Because the Andersen Genève Chronometre Perpetual no. 27 was produced in minute quantities and rarely appears on the secondary market, it is estimated that it will sell for 15, 000 to 20,000 Swiss francs. The fixed price for this watch is 40, 000 Swiss francs.

While Lechbinsky is excited about the upcoming sale, he’s also pleased to report that, “Ineichen was looking for passionate and active investors this past year and we found them.​” In 2022, Ineichen’s total company evaluation was confirmed at 47,700,000 Swiss francs following the sale of ownership shares towards a maximum 33% stake in the company. (The calculation is derived from the average bid per lot at 238,500 Swiss francs; the total bid by 22 contenders from 11 countries was 151,447,500 Swiss francs.) “The remaining 3% will be divided between a private investor from Asia and another private investor from Europe,” Lechbinsky noted. As one of the new owners recently opened Ineichen’s Geneva outpost, he is developing a strong market there. As another new owner is an IT executive, “We are focused strategically on IT,” Lechbinksy said. “The new co-owners are helping us take a fresh look at how things work and have highlighted the weak and strong points of our organizational structure,” Lechbinsky continued. “We have also rearranged internal processes to fit this year’s increased volumes Our two new partners are key human resources who are strengthening our IT capabilities and regional positioning.”

Another area that Ineichen’s owners are diligently developing is the website’s engaging educational realm. “Our blog feature articles are created by our internal copywriter in cooperation with me and other experts,” Lechbinsky said. “We have also been communicating with authors and photographers to explore potential book projects. Also on the horizon for 2023, new timed online auctions will start in mid-January and live auctions will be held in March, April and May.

A final note to watch collectors: Ineichen Auctioneers recently introduced a new and customer-friendly, fixed price feature for each lot. This means that bidders can choose to purchase the watch they desire at the stated price, and thus withdraw it from the auction. “Having launched the option of fixed prices, we hope to observe a more competitive bidding process and see how the audience adapts to this mode,” Lechbinsky said.